As I write this, I am back home in comfortable, quiet Connecticut. But my mind is elsewhere.

Recently, I had the opportunity to spend two weeks in Boston, my adopted home for 12 of my 32 years. To say that I was excited to visit the city for an extended period of time is an understatement. I was thrilled.

Boston was where I went to college, worked for six years, and got my MBA.

It was where I first noticed symptoms of the muscle disease that would take over my life.

It was where I made lifelong friends and lost a dear friend.

It was where I fell many, many times.

It was where I questioned my very existence and the point of this frustrating, maddening hand I was dealt.

Most important, it was where I learned to pick up the pieces of my life and start over again.

Boston is where I grew up.

In 2016, I moved home to Connecticut once my lease was up. I had just graduated from Boston College and was searching for a job. I needed some time to regroup and figure out what was next. I thought I would only be home for a couple months. Three and a half years later, I am still in Connecticut.

It quickly became apparent that if I was going to live independently again out of state, many pieces needed to fall into place. First I needed a job. Once I moved home, I did some contract work remotely before getting hired full-time at a medical diagnostics company in mid-2017. Unfortunately, I was ill-suited for the role and found myself unemployed by Christmastime. Boston never felt so far away.

Through a series of fortunate events, preceded by a lot of soul-searching and praying, I landed a job at the Muscular Dystrophy Association in May 2018. When I took the job, the intent was for me to move to Boston within six months so that I could work out of MDA’s Cambridge office. Although that is still the ultimate goal, moving back to the area is proving to be a far more formidable challenge than anticipated. I’ll get to that in a moment.

Given this reality, my boss, Jeanne, gave me the option to spend a week in the Boston area to visit with the biotech and pharma companies that I work with on a regular basis. The timing was fortuitous – our team was already scheduled to have a retreat in the area the following week. I was appreciative of the opportunity and jumped at it without hesitation.

In case you can’t tell, I really miss Boston. I miss the history and the architecture and the breathtaking views of the harbor. I miss the locals screaming at me with dropped r’s and all the familiar bars and hangouts I used to frequent.

Most of all, I miss my friends. I still keep in touch with them through social media, text messages, and the occasional phone call, but nothing beats hanging out in person.

There was a lot riding on this trip, both on a personal and professional level. I packed my schedule to the gills, even at the risk of tiring myself out. There was so much I wanted to do!

Technically speaking, my first week in Boston was spent outside of Boston, but it was close enough to feel like I was back in the city. I scheduled several work meetings, one per day, which was an aggressive move but not overwhelming. Most of my meetings were in the morning, which allowed me the opportunity to return to my hotel and take a much-needed nap before seeing friends in the evening.

Although my parents and I were reacquainted with the glorious awfulness that is Boston traffic, we enjoyed criss-crossing the city. I had the chance to meet with several of the companies I work with regularly and it was exciting to visit their offices. Biotech and pharma workspaces are much cooler than I expected. It reminded me of my time working at tech companies.

I also had the chance to meet many people in person for the first time, after having only spoken with them on the phone or over email. Human interaction is underrated.

(Quick aside: This trip would not be possible without my parents. Their willingness to drop everything for two weeks and accompany me on this trip means the world to me. Thanks mom and dad!)

One highlight of the week was on Monday, when I had the privilege of speaking to the 100+ employees at Wave Life Sciences. During my talk I shared my patient story and why I chose to work for MDA. It was a memorable experience.

When I wasn’t working, I was trying to meet with as many friends as possible. I wasn’t able to see everyone I wanted to on this trip, but I still reconnected with many friends that I had been dying to see. I saw my old colleagues from Visible Measures and my classmates from my Northeastern and BC days.

Although three years have passed since I last saw many of my friends, it was as if we picked up our conversations right where we left off. We may be a few years older, with a few life events since we last saw each other (weddings, children, wheelchair, etc.) but more or less, we are the same people. It was great to reconnect.

Speaking of the wheelchair, I was a little bit nervous since many of my friends had not yet seen me in my chair. Thankfully, it turned out to be a non-issue, except for when I was asked to beep my horn. The chair is cool. The horn is not.

Another happy development was opening the Uber app and seeing wheelchair-accessible vehicles. It was amazing to know that I could now request a wheelchair-accessible van and, although the wait is slightly longer since there aren’t as many vans as regular vehicles, I could still get a ride in less than 20 minutes. This is a huge deal. It opens up so many more options.

What else has changed in the last three years? Boston. A lot. The whole trip I was pointing at buildings like a confused tourist going “What is that building? And that? And that?” I love architecture (fun fact: I was almost an architecture major in college), so I am always aware of and on the lookout for new buildings popping up in city. The most impressive new building to me is the The Four Seasons tower in the Back Bay. It’s weird to see another building as tall as the Pru. It seems that anything that was once a parking lot is now a new building. Boston is a happening place.

And with that status comes a demand for housing which, unfortunately, also makes Boston an expensive city to live in. If I just needed to pay for an apartment, I could do it, but to also factor in the cost of daily care, even with insurance covering part of the cost, makes the move back exponentially more difficult.

Sometimes thinking about it makes me want to throw my hands in the air. ¯\_(ツ)_/¯

I have to make this work, somehow. I feel like every time I leave Boston, I leave a part of me behind.

On my last day in town, I was reminded that I have overcome challenges far worse than what I am up against now. I was in an Uber on my way to a meeting in Cambridge and the driver took us down Mass Ave. We passed by two of my old apartments and past sidewalks where I fell many times. I tore many pairs of jeans on these sidewalks. Shed a little blood too. I loved living in Central Square, and the drive brought back a lot of memories. Some good, some not so good.

To think about where I was back in 2012-13, falling all the time on this very street, and where I am today, puts it all in perspective. The drive served as a reminder that, all these years later, I finally had a future, after wondering in my darkest moments if I would ever amount to anything.

A future, I hope, back in this city. 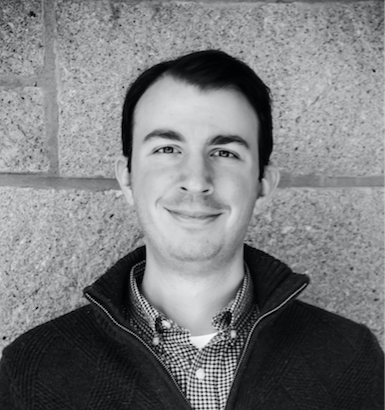